Join the GCP and Historyworks for Chisholm Trail community engagement, history talks and craft activities at the wonderful Stourbridge Fair.

Historyworks will be celebrating their Public History and Art project on 7th September, and in particular welcoming cyclists and walkers and engaging the local community in the forthcoming Chisholm Trail cycle and pedestrian pathway which is going to allow better access to the Leper Chapel by 2020. 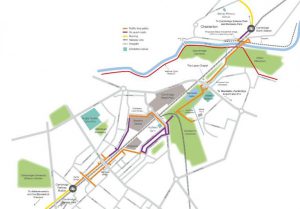 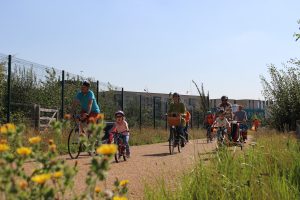 The famous Stourbridge Fair held around Cambridge’s oldest building, the Leper Chapel, which was founded in the early 1100s as part of a hospital colony for those suffering from Leprosy, was always held during the month of September. King John of Magna Carta fame granted a charter for the Fair in 1211 as a fundraiser for the Leper Hospital, and this Fair became one of the biggest in Europe by the early modern period, admired by Daniel Defoe, frequented by Isaac Newton.

This popular fair reenactment event, for all the family, allows you to step back in time to a past age. Witness the traditional way of opening the fair at noon by the University of Cambridge proctors with their traditional rituals and the costume dancers.  All afternoon there will be free and fun activities. 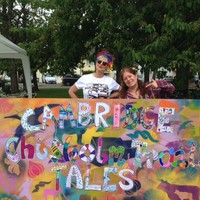 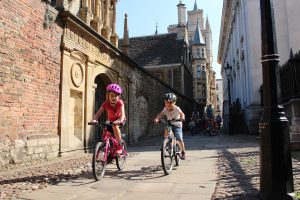 For cycling families there is also a new geocaching trail around the Chisholm Trail route. This treasure trail is perfect for everyone, old and young and will take about an hour on a bike…

Geocache trail leaflets will be available for free at the Stourbridge Fair event and circulated by Camcycle during the Cambridge Festival of Cycling, 2019.