Join Camcycle members and friends for a SPECIAL FESTIVAL EDITION of Camcycle’s monthly meeting this September, with a talk from cycling blogger and writer Rob Ainsley – author of 50 Quirky Bike Rides and Bluff Your Way in Cycling. Rob will reveal Britain’s highest, steepest, scariest, quirkiest, wettest and plain oddest bike rides, illustrated with pictures from his regular route research round the country for Cycling Plus magazine.

Camcycle monthly meetings are open to any member of the general public. The meeting starts at 8pm with tea and coffee from 7.30pm.

Join Rob to beat the tide at Holy Island’s causeway before the waves force you into the shelter. Go through Britain’s longest cyclable fords, some over a kilometre. Take the country’s most curious little ferries, some barely big enough for a bike. Cross the world’s longest cyclable bridge. Dare to penetrate a ghostly, unlit canal tunnel that’s 3km long.

Climb Britain’s steepest streets and roads. Harlech’s Fford Pen Llech is supposedly the world’s steepest at 42% – but Rob reckons there are at least two steeper. Struggle through our narrowest alleys – one 39cm (no, it’s not in Cornwall), and another 20cm wide. Ride roads that are disappearing into the sea and falling down mountains.

But mostly, have fun. Re-enact the 1970s Hovis ad. Freewheel down England’s longest continuous downhill. Or indeed, freewheel uphill, in a remarkable Scottish optical illusion. Glide through the solar system, round Britain’s only roundabout with a windmill, past that place in Wales with the long name, and lock your bike up at the country’s most unique cycle parking.

All this and more, including road signs that say ‘Fryup’ and ‘Ham Sandwich’. 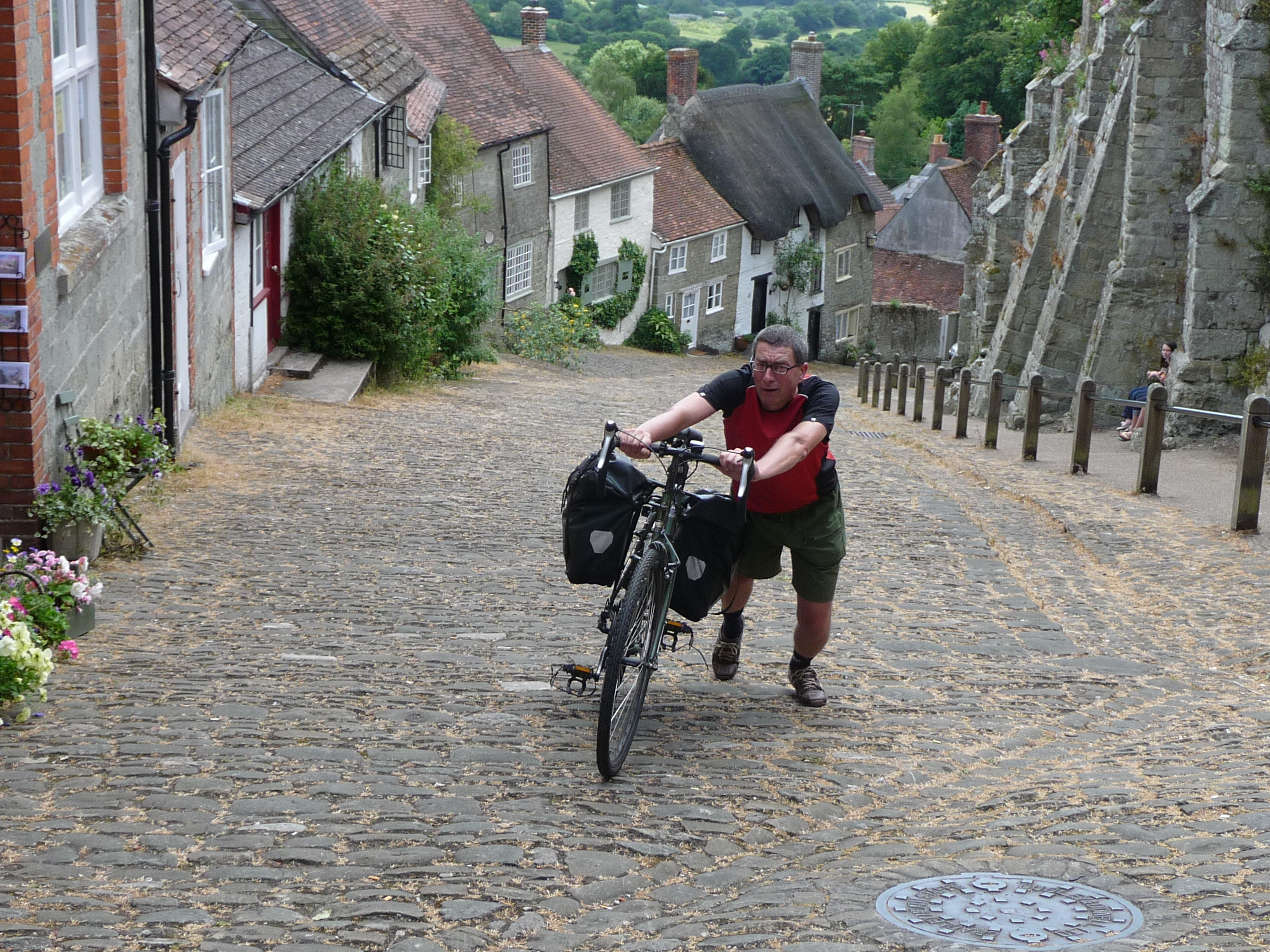